Playing video games comes with its benefits when done in moderation. However, excessive use by spending hours on end can have detrimental effects physically, mentally, and emotionally. While that may seem scary, there are plenty of gamers who reap the benefits and are able to live healthy lifestyles. A balanced approach to gaming allows you to get enjoyment without it controlling your life. We’ve listed 3 benefits to healthy gaming and 3 negative effects when it spirals out of control.

Video games are highly interactive with multiple activities happening simultaneously that provide mental stimulation. This requires the gamer to coordinate physical, audio, and visual movement. Games have rules, which the gamer needs to abide by and keep them in mind with every split-second decision they make. It also requires memory and concentration throughout the game in order to advance to the next level.

Playing video games requires the processing of stimulators faster than any other activity. The brain has to constantly interpret what’s happening. Mastering joystick and keyboard movements are fundamental to successfully playing a game and it offers improvement of coordination and multitasking. It requires rapid collaboration between the brain and hand movements to observe and react to energy levels, opponents, and many other factors that are required to win a game.

Many schools incorporate video games as a teaching tool. It helps children enhance their creative thinking, cognitive and problem-solving skills. There is a vast selection of video games that include action, sports, and school-based subjects that make it easier for children to engage and be enthusiastic about the learning process. Games can hold children’s attention and they excite and motivate players through achieving rewards.

Video games are based on rewards, which makes them fun. Your brain releases dopamine, a neurotransmitter that regulates feelings of pleasure. Every time you play video games, dopamine is constantly being supplied to the brain so the more you game, the more dopamine is released. This can lead to an oversupply and fuels the addiction to get the same feeling of reward every time. It results in constantly seeking stimulation and over the long-term has detrimental effects on mental health.

When gaming becomes an excessive and obsessive habit, it can cause a range of physical issues. Repetitive stress injury is common in gaming addicts who develop gamer’s thumb, tennis elbow, and carpal tunnel syndrome from overuse of the hands and fingers. When inflammation occurs, it hinders movement and causes pain. Getting lost in a game for hours has also been known to cause dehydration, malnutrition from lack of eating or obesity from overeating, and less physical exercise. Gaming can strain the eyes and affect our posture.

Once you’ve developed a gaming addiction, it starts to affect your emotions and interaction with people and the real world. When video games control your life, you neglect other areas and become less and less inclined to go out and mix in social circles. An effort is needed to sustain relationships, and this is usually one of the first areas that are badly affected. Gaming addicts don’t feel the need to pursue or maintain friendships and relationships, which inevitably leads to isolation and down the line, it can cause depression. 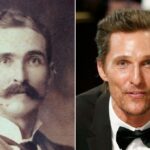 21 Celebrities And Their Historical Lookalikes

Top 15 Of the Most Dangerous Bridges Around The World 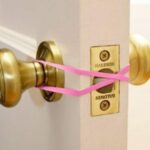 Home Hacks That Everyone Wish They Knew Sooner 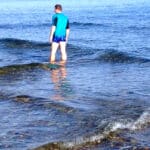 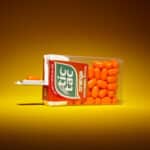