StoryToHear
- Advertisement -
Home English When A Lion Family Caught An Injured Fox: The Most Unexpected Just...

Whenever you turn on the National Geographic channel and watch wildlife in action, it’s usually the predator vs. the prey. And more often than not, the predators win. We see lions tearing into other animals without mercy or remorse. But it will surprise you that this is not always the outcome – at least not when an injured fox got trapped by a pride of lions. A fox getting into the hands of hungry-looking lions was surely going to have one logical outcome. It looked like the perfect meal on a plate. But something strange happened. In this article, you’ll find that animals aren’t always predictable, and they could sometimes show compassion more than some humans in our world today.

A Wounded Fox Got Caught

In the picture below, you’ll see a fox trapped in the presence of a lioness. Preys in such circumstances usually run for their lives, even if the odds are against them. But as this fox was injured, he was unable to make a dash for safety. It remains unclear how the endangered fox got injured, but he couldn’t move much as the hungry lioness approached him menacingly. 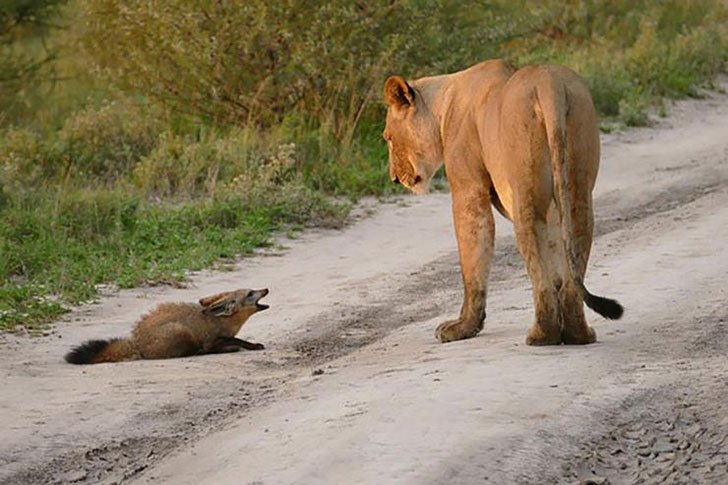 Here, you can see that other members of the pride came along, probably wondering if the fox’s flesh would be enough meal for the entire family. The father lion strides majestically to the scene. At this moment, the injured fox was surely thinking its game over already. The whole family is here. Even if the lioness wasn’t interested in a happy meal, the daddy lion would definitely be up for it. 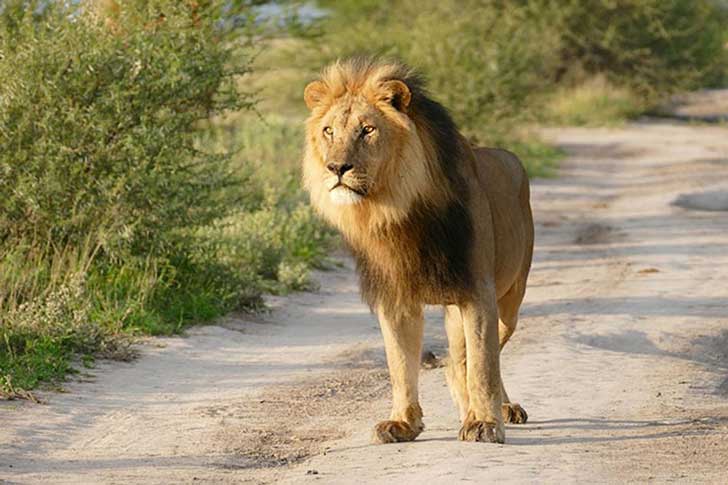 With their parents overlooking, these curious young cubs got very interested in this wounded fox and crowded him to see what was happening. They were probably wondering why this fox wasn’t being shared amongst the family yet. Or maybe they just wanted to know what was wrong with the fox. Curiosity certainly runs in the younglings of all species. 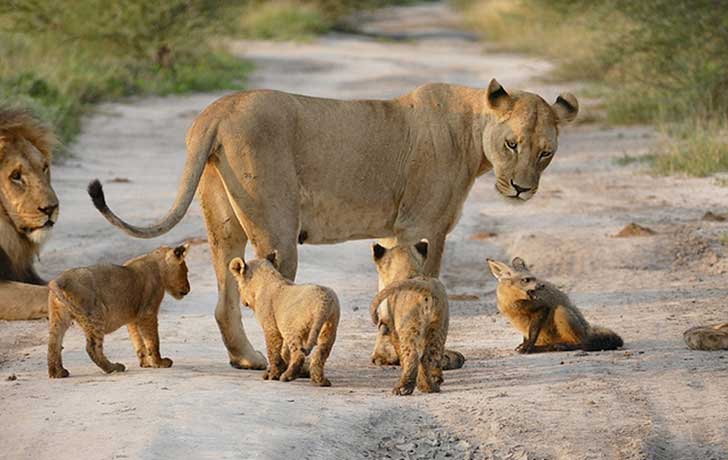 After they had finished their exploration, the cubs wanted to take the first step into eating dinner if their parents weren’t interested. But as you can see in this picture, their mother, the lioness crawled protectively around the injured fox. This was a note of warning to the hungry cubs that this wasn’t their dinner. 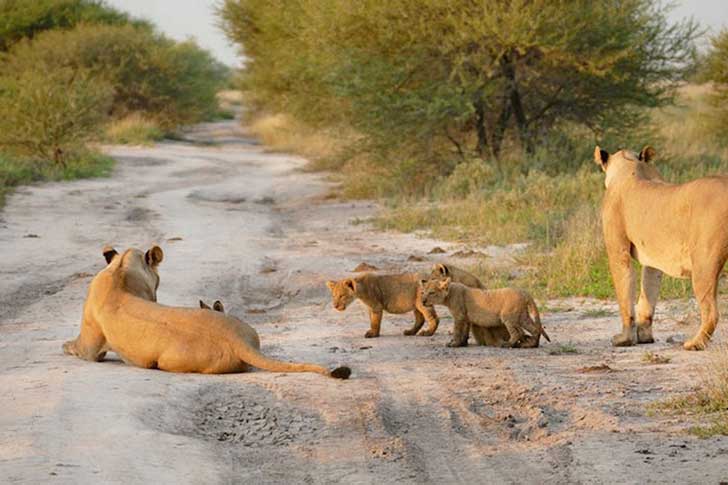 The Pride is Fascinated

Seeing as no one touched him, the fox presumably becomes more conscious of his wound and starts squealing in agony. The lion couple, being predators, may not be used to physical pain; hence, they stare at the injured fox intriguingly. 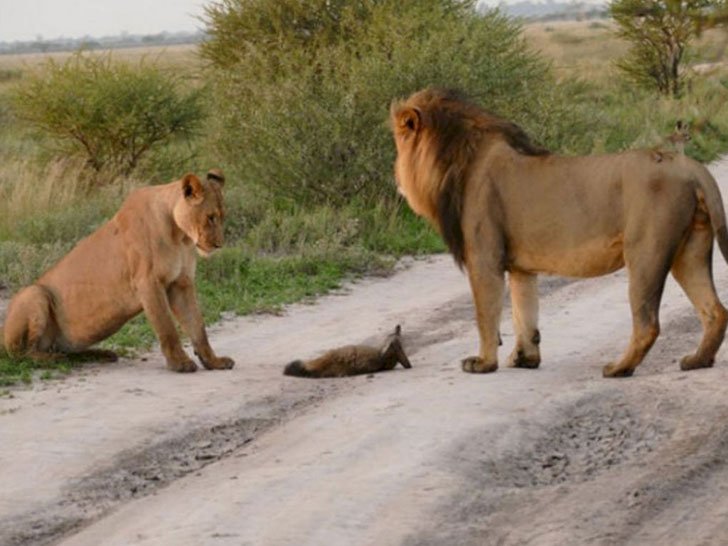 Time passed, and the fox was still alive. None of the lions attempted to eat him again, and they all stayed peacefully together. No one was even threatening to attack. Everyone was quiet and simply enjoyed the tranquility. But how long will this last? No Time, I’ve Got Stuff To Do

Probably not long because the daddy lion looked disinterested in this charade. In the picture below, the male lion seemed to have other important things to do and wanted to leave the lioness and the cub. Like curiosity in the cubs, maybe impatience is a constant in male species too? 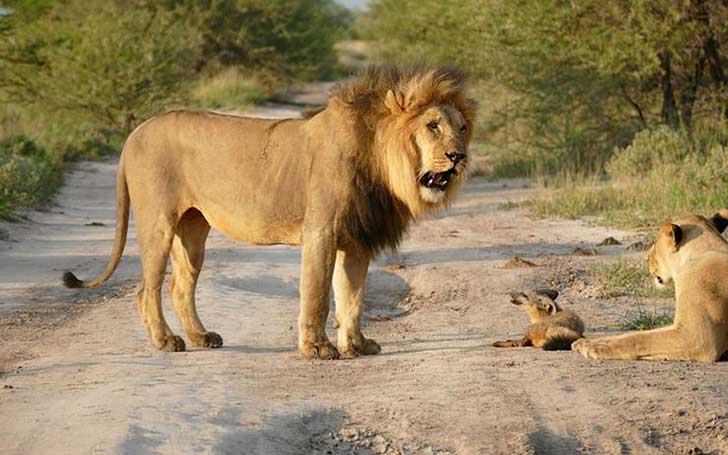 Of Course, He Walks Away

Yes, definitely a constant. The male lion walked away, leaving the mother and the cubs to tend to the injured fox. But he didn’t go for too long. It turned out that daddy wanted to be with his family, and he returned to be with them.

The male lion might have come back, but it didn’t look like he came back to stay with his family. From the picture below, he came to threaten the fox – perhaps he’s had enough and wants to eat. The male lion roared at the injured fox, but things took a strange turn when the lioness turned on the lion. The mother lion from the subsequent picture got angry and forcefully swiped her paws at the lion to defend the helpless fox. 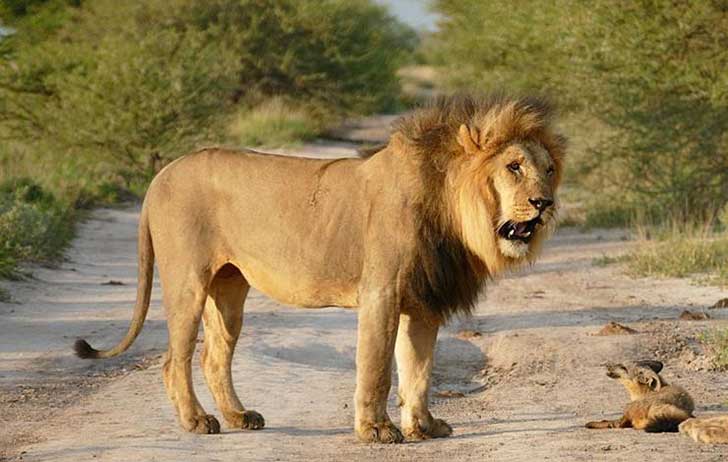 The cubs finally get their meal! In the picture below, you can clearly see that the lions have started eating. They looked hungry since the beginning of the encounter with the injured fox, and now they eat. The cubs tried to tear into the injured animal, and the male lion also wanted the fox’s flesh. The mother lion was the only reason why he lasted so long. But did she yield? Absolutely not! Although this lion family is eating their dinner in the picture below, it’s not the fox. It turns out the fox survived yet another scare, and the lions were only eating what the lions brought. Phew! The fox is still alive and safe. 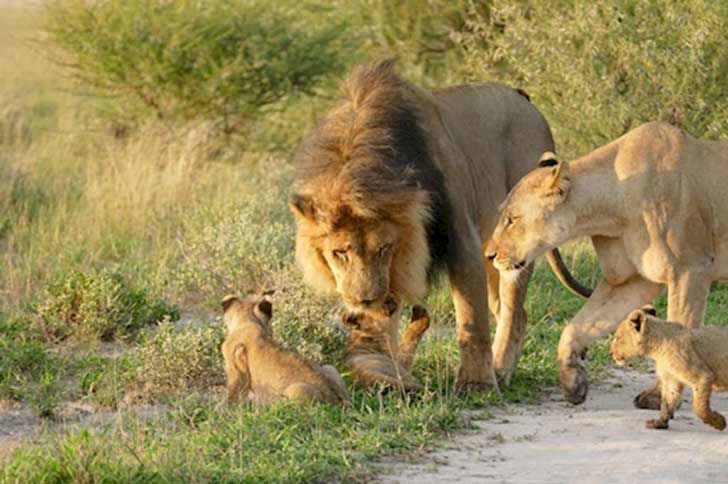 Although the fox had been in pain since the beginning of this encounter, he suddenly recovered from his wound and could stand on his hind legs. He looked comfortable and free from the pain he experienced earlier on. 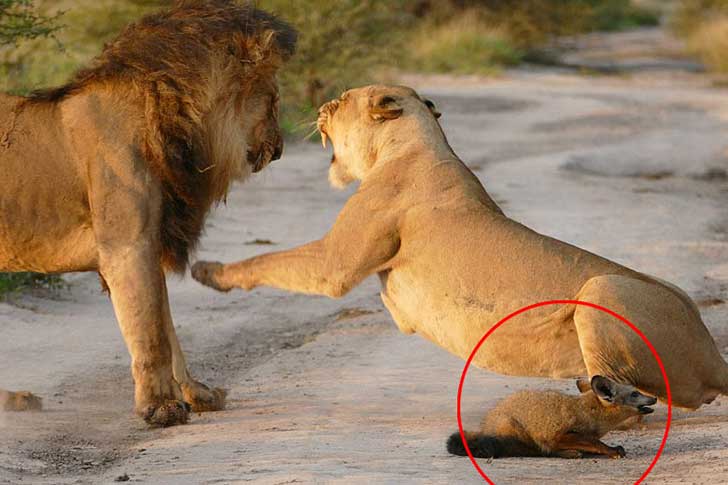 The fox, now healed, was still not safe yet. But this time, the threat to his life didn’t come from the lion or the cubs who had been craving his flesh since the beginning. Although the camera didn’t quite catch it, the photographer who took these pictures saw two hungry jackals move towards the fox. They probably thought if the lions didn’t want him, they would have him. However, the fox, now healed, got into defensive mode and fended them off with intense battle cries. When the jackals had gone, he then escaped to safety. 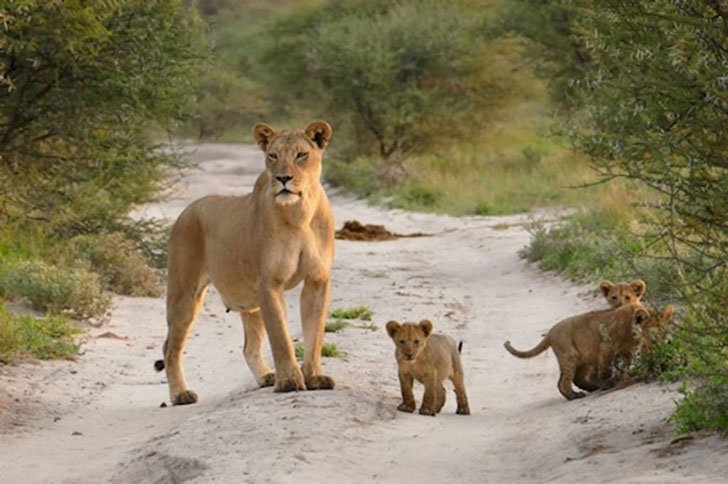 The fox was seen still alive and recuperating from his wounds. He was spotted on a patch of grass where he apparently escaped to let his injuries heal completely. 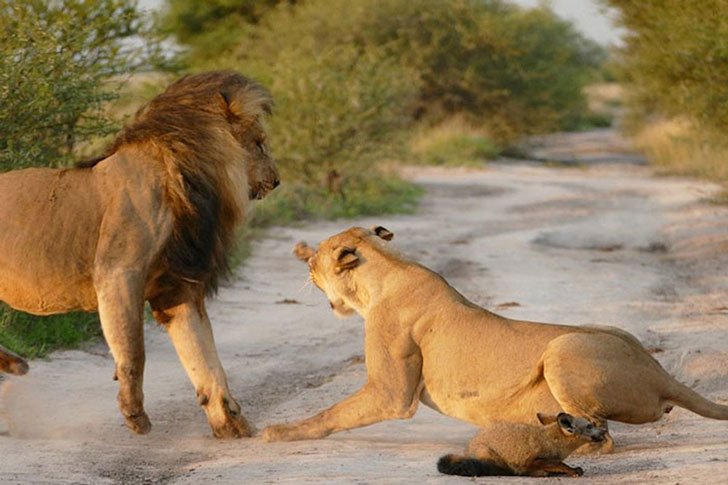 A profound story comes to an end. There are some lessons that could be drawn from this amazing event in the wild. Firstly, as opposed to their brutal and cold-blooded nature, animals can also be compassionate. It also tells us that calling some people ‘animals’ due to their behavior may not always be correct because animals sometimes show more love than a number of humans around us today. Mr fox will certainly have gone home thankful for escaping death not once with his injury, not twice when he encountered a pride of hungry-looking lions but THRICE when he escaped merciless jackals. 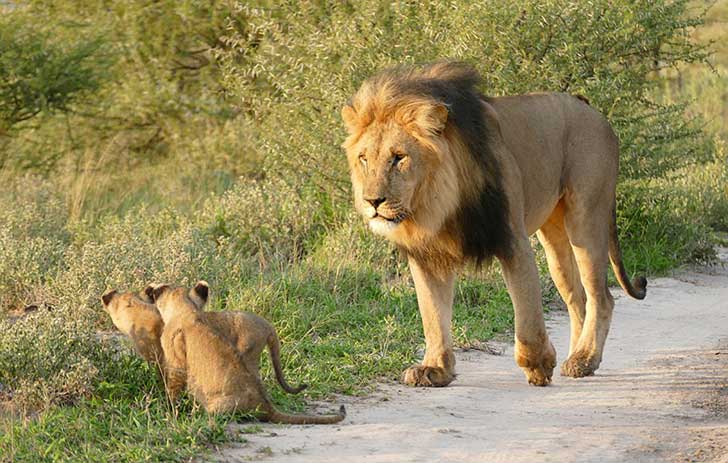